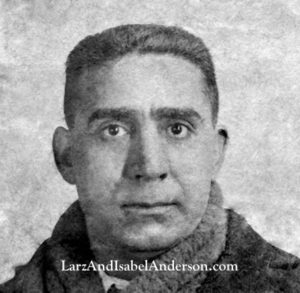 The cultural and political connections between Italy and the United States during the Gilded Age emerged as a constant theme in the research for my book, Larz and Isabel Anderson: Wealth and Celebrity in the Gilded Age. In the 1890s, Larz served as first secretary and later chargé d’affaires of the American Embassy in Rome. His mother Elizabeth was a prominent member of the Anglo-American community in Rome at the end of the 19th century. She gave lavish parties and dinners at her home in the Villa de Renzi. And then the most important connection of all: Larz and Isabel met in Rome in 1896 when Isabel was the guest for several months of the American writer Maud Howe Elliott and her Scottish artist husband John Elliott at their home in the Eternal City, the Palazzo Rusticucci on the Via della Conciliazione.

There were other ways in which connections between the Andersons and the people of Italy emerged as I wrote my book. In 1896, Larz was involved in a delicate diplomatic negotiation with the Kingdom of Italy after three Italian-born Americans had been lynched in Louisiana in the wake of anti-immigrant sentiment. Then I came across an amazing discovery about Isabel’s own Italian connection: in 1931, she singlehandedly fought for the freedom of an Italian immigrant who had been condemned to life in prison in Boston for a murder he did not commit. I was overcome by emotion when I first read Larz’s account of the story of Antonio Scali, and I knew I had to include it in my book, verbatim.  (The story appears as the epilogue to my book.)

For many years, I searched for Mr. Scali’s descendants in Italy. I was eager to know what happened to Antonio after he returned to Italy in 1931. Every lead I followed ended without any luck. Then, in October 2015, as my book was already in production with the publisher, I received a phone call from Antonio’s grandson in Italy, and learned about the wonderful life Antonio enjoyed for more than 45 years after his return to Italy.

I have now prepared a bilingual edition of “The Story of Antonio Scali/La storia di Antonio Scali” that I hope will bring this man’s wonderful story to a wider audience.