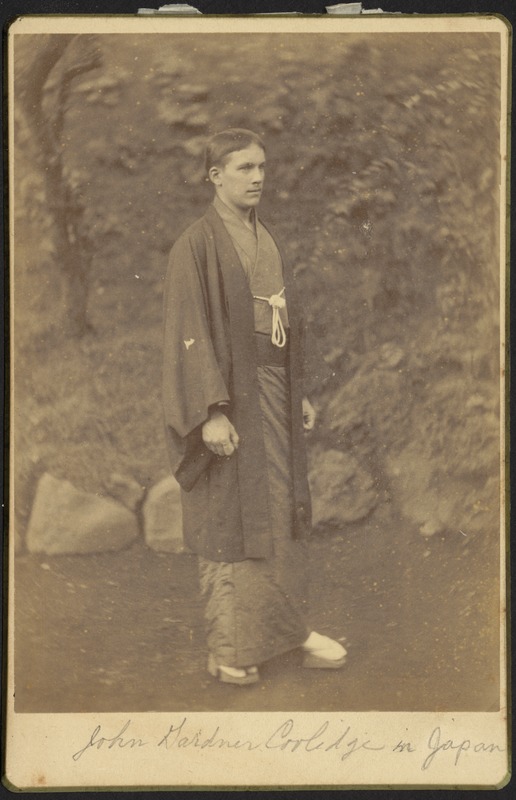 The lives and stories of many Gilded Age personalities weave their way in and out of the great narrative of the Andersons’ lives told in my biography of the couple: Larz and Isabel Anderson: Wealth and Celebrity in the Gilded Age.  One of the most interesting people I came across while writing the book was John Gardner Coolidge (1863-1936), one of Larz Anderson’s best friends.

Born on the Fourth of July, and descended from great American families on both his mother’s and his father’s side, John was a Gilded Age dilettante. He collected, he travelled, and he wrote, and for a brief time, he served under President Theodore Roosevelt as U.S. minister to Nicaragua. His appointment there was terminated after William Howard Taft won the presidential election, with Roosevelt’s blessing, in November 1908.

When Larz stopped in Japan in 1888 on his east-to-west journey around the world, he lived with John at his little Japanese-style house in the Kojimachi district (麹町) of Tokyo. Through John, Larz met many people who would influence his appreciation of Japanese culture, especially landscape and garden design. John’s memoir, Random Letters from Many Countries (1924) was one of the sources I discovered in my research about Larz’s first visit to Japan.

In 1914, when war broke out in Europe, John was one of hundreds of elite American men, many of them graduates of Harvard, who volunteered for service in France as medics, ambulance drivers, and in other support services.  His book about his experiences, A War Diary in Paris, 1914-1917, provides a detailed account of his time in France and is still a good read, especially in 2017, the centennial of America’s entry into the war.

John died in Boston in 1936. He is buried in the Coolidge family plot in the historic Mount Auburn Cemetery in Cambridge, MA. His gravestone is inscribed with a scriptural passage that alludes to John’s respect and appreciation for what was in the Gilded Age known as “the Orient.” The Latin word oriens means both “dawn” and “east.”

O Oriens, splendor lucis aeternae, et sol iustitiae: veni, et illumina sedentes in tenebris et umbra mortis. (O dawn of the east, brightness of light eternal, and sun of justice: come, and enlighten those who sit in darkness and in the shadow of death.) –Luke 1:78, 79; Malachi 4:2 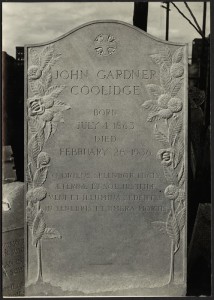