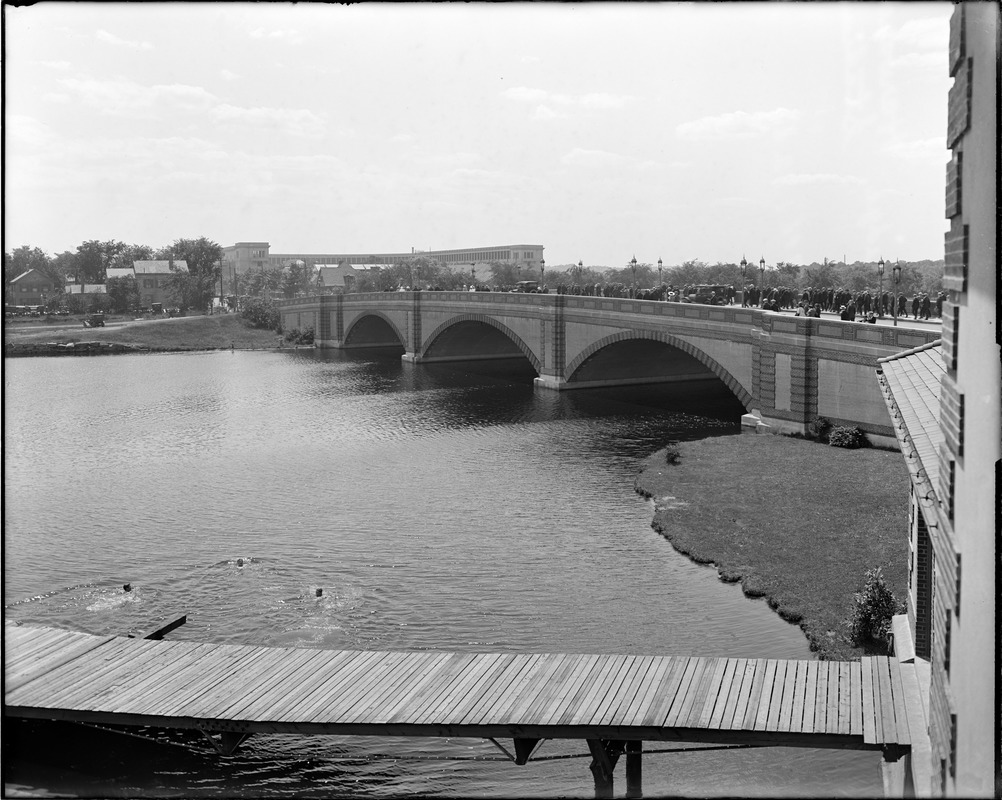 In 1913, after he returned from his ambassadorship in Tokyo, Larz Anderson commissioned a memorial to his father, a bridge across the Charles River in Boston that would connect Harvard’s Cambridge campus to its stadium in Boston. Designed by Boston city architect Edmund Wheelwright, it was known in the early part of the 20th century as the Nicholas Longworth Anderson Memorial Bridge – though it is often mistakenly referred to now as the Larz Anderson Bridge. Nicholas was an outstanding scholar and a sportsman while at Harvard (Class of 1858), and these two aspects of his father’s time in Cambridge inspired Larz’s idea for the bridge, and explained by the text that Larz wrote for the plaque that he had placed on the bridge at its 1915 dedication:

May this bridge, built in memory of a scholar and soldier, connecting the college yard and playing fields of Harvard, be an ever-present reminder to students passing over it of loyalty to country and Alma Mater, and a lasting suggestion that they should devote their manhood, developed by study and play on the banks of this river, to the nation and its needs.

I doubt that many people today know the history of the bridge or the sentiment attached to it, but I hope that you will see the bridge in a new light the next time you’re in Cambridge and that you’ll remember the lofty sentiments that inspired its creation. 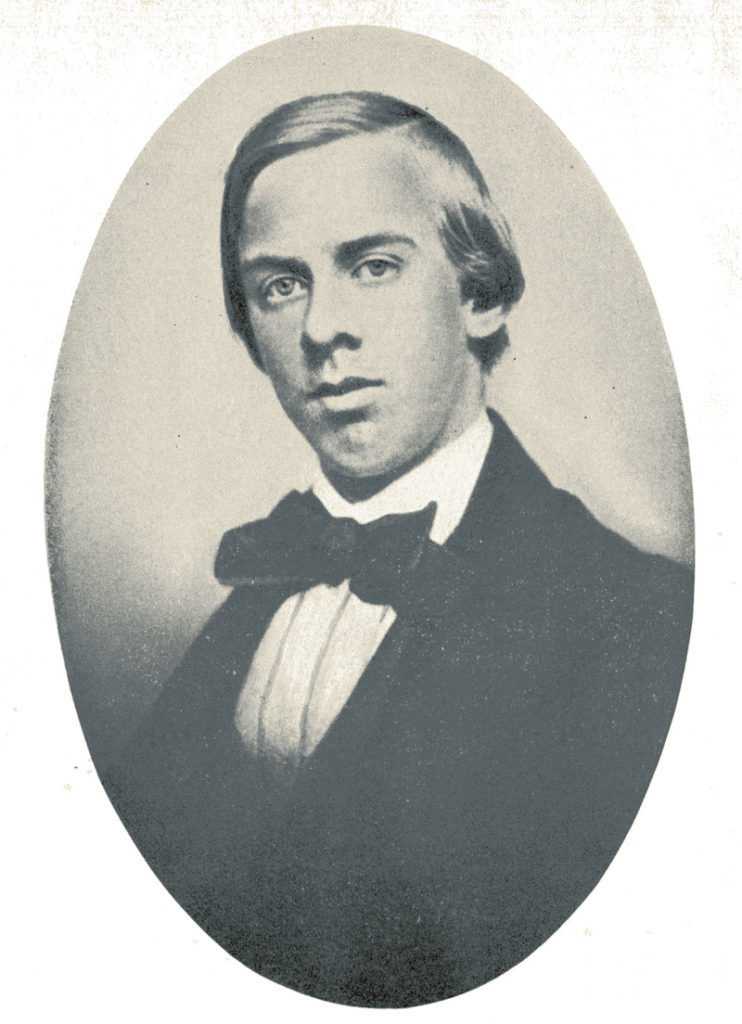 This blog post is an excerpt from a speech presented to the Harvard Club of Washington, DC, on June 27, 2016.