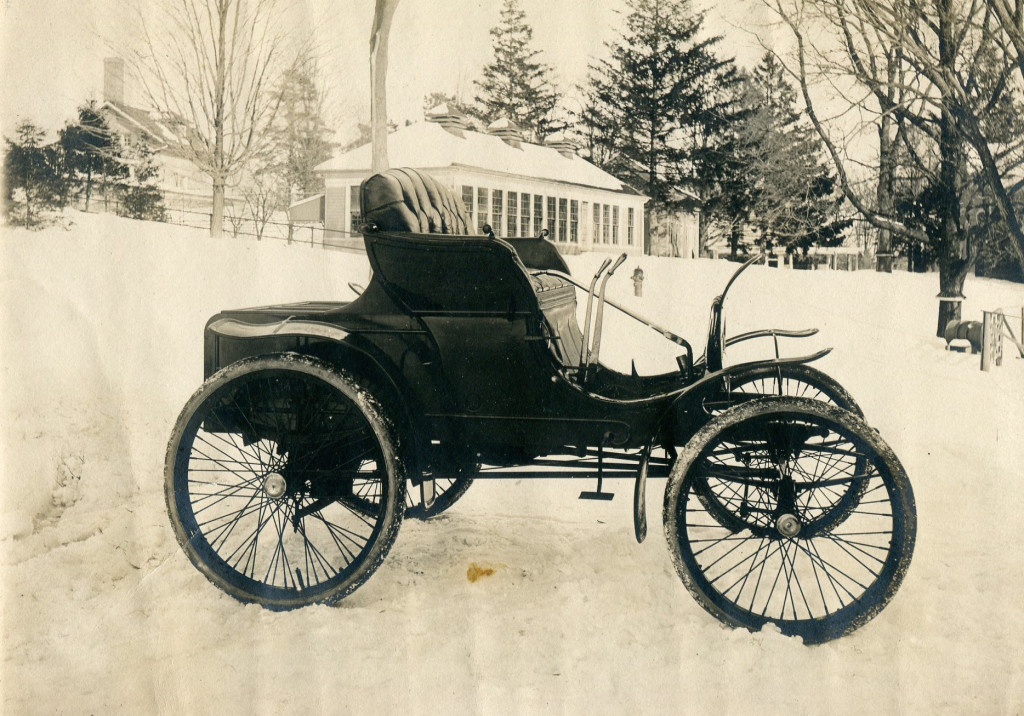 Larz and Isabel Anderson were an elegant Gilded Age couple with two impressive homes: Anderson House in Washington, D.C., and Weld, their summer estate in Brookline, just outside of Boston, Mass.  Weld was more than a fascinating Gilded Age mansion filled with treasures from around the world, however.  It was also a working “gentleman’s farm” with extensive horticultural and agricultural operations that included a vegetable garden, fruit trees, a dairy, and a hen house that produced food for the Andersons and their servants.

This undated photograph of Larz’s 1898 Winton Stanhope, said to be his favorite automobile, shows the estate’s chicken coop in the background.  A handsome building despite its humble purpose, it shows evidence of what today would be considered humane treatment of hens.  Windows on at least two sides provided light and fresh air, and the three louvered vents in the roof helped keep the building cool in the warm summer months.

The coop remained standing until sometime in the late 1950s, though it had long before been abandoned as a place where high quality hens laid their eggs.  A local photographer snapped a picture of the coop before it was torn down.  The spot where the coop once stood is now a parking lot.

Larz and Isabel Anderson: Wealth and Celebrity in the Gilded Age, in press for a late 2015 or early 2016 publication date, will provide many more details of the Anderson’s Brookline estate, now the Larz Anderson Park.  You can view a short book trailer by Clicking Here.