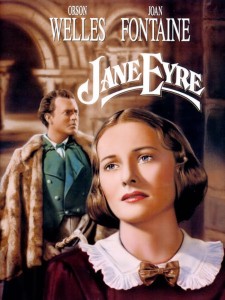 After Larz Anderson’s death in 1937, Isabel Anderson started finding new ways to socialize and entertain herself on a much smaller and simpler scale than she had when her husband was alive. Giving large parties, wearing fancy clothes, hobnobbing with high society, and traveling to the four corners of the earth had been Larz’s lifestyle, not hers. After her husband’s death, she gave up the pomp and circumstance that he reveled in. In its place, she enjoyed simple pleasures like listening to the radio, going on picnics, and reading. One of her favorite pastimes was to take the train from Boston to New York, where she would check in at The Barclay on East 48th Street (now the InterContinental New York Barclay) to spend a few days seeing new movies and plays that had not yet come to Boston. On one of her trips to New York City in 1943, she went to see the film “Jane Eyre” starring Orson Welles and Joan Fontaine.  On another trip, she saw Dodi Smith’s “Lovers and Friends” starring the great dramatic actress Katharine Cornell.

Once while Isabel was on the train to New York, she made the acquaintance of a woman from Boston who eventually played a role in one of Isabel’s literary ambitions. The story of Isabel and the mystery woman from the train is told in Larz and Isabel Anderson: Wealth and Celebrity in the Gilded Age, appearing later this year.

So now sit back, imagine yourself in the cavernous auditorium of Radio City Music Hall where the movie premiered, and watch the trailer for the movie that Isabel traveled by train to see!  (And Click Here to see a short book trailer.)