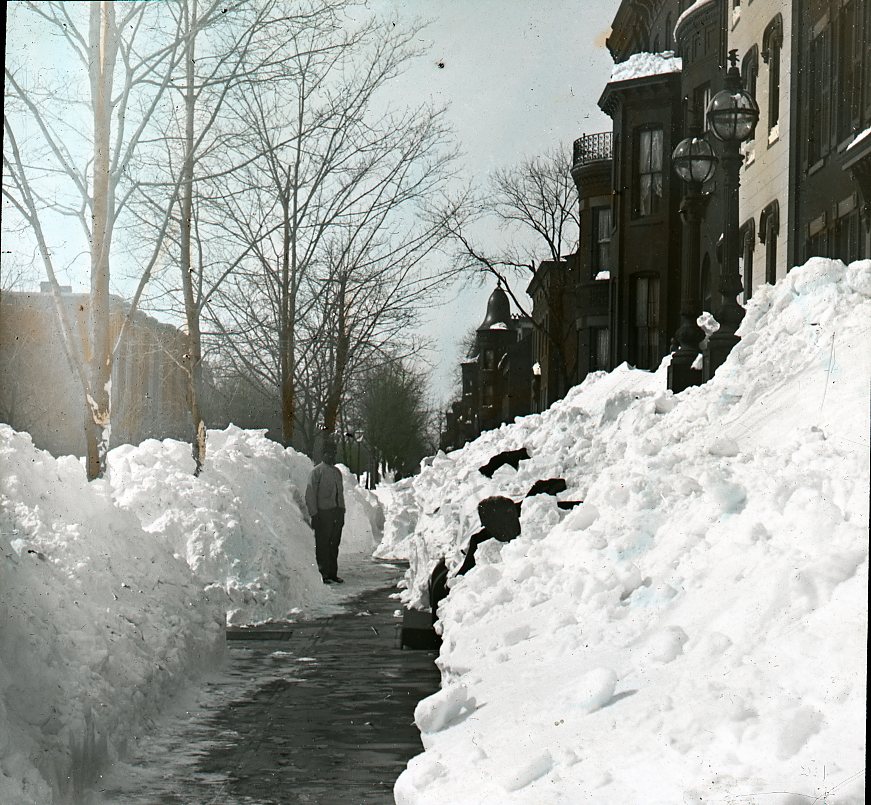 On February 13, 1899, Elizabeth Anderson, Larz’s mother, wrote to her son: “This extraordinary weather keeps me prisoner in my room, and we are in fact house-bound today.”  The Great Blizzard of 1899 had begun striking Washington two days earlier with a severe cold wave that extended from Florida to Maine. The Washington Star reported that merchants closed, water pressure dropped making it impossible to operate steam furnaces, and coal and firewood delivery was hampered. Elizabeth and her daughter Elsie stayed in her bedroom and in the interior hallways away from windows to keep warm.By February 15, the residents of the city were starting to experience what Elizabeth called “privation.” Food supplies were running out; there was no gas, coal, or firewood for heating; and heating and water pipes were bursting.

In the midst of the storm, a delivery arrived at the front door of the Anderson home at the corner of 16th and K Streets near the White House: “a delicious basket of fruit – hothouse grapes, pears, etc.,” sent by Mrs. Garret A. Hobart, wife of President McKinley’s vice president.

Though the storm had had a stunning impact on the city, before the end of the month the weather had shifted to almost spring-like conditions.  “I am awaked mornings by birds on my window sill!,” Elizabeth wrote to her son.  “Imagine! Frank Loring got lost in a snow-drift in front of the [Secretary of War Russell A.] Algers [home]. Now we almost need a sunshade.” Then as now, Washington weather can turn on a dime: a blinding blizzard one day and a blissful spring day within a week! 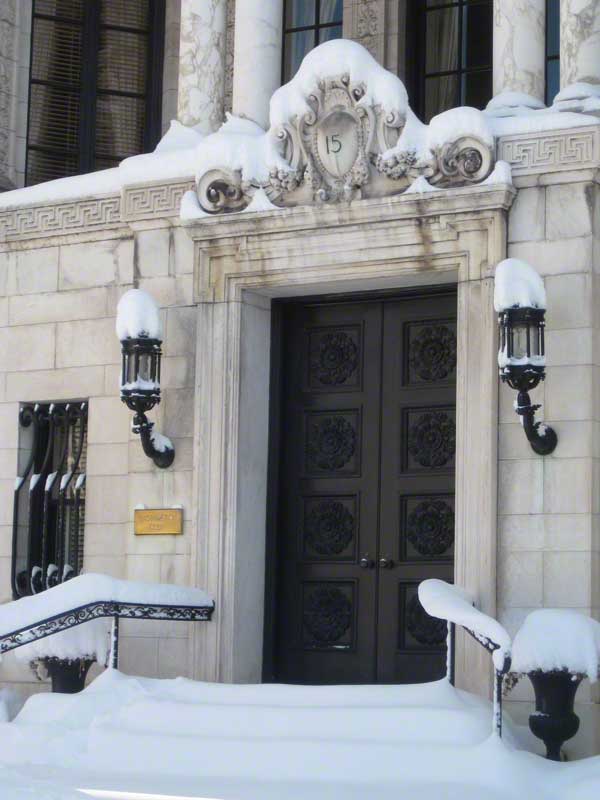 15 Dupont Circle, formerly the home of the Patterson family
and, until 2014, occupied by The Washington Club.
It was designed by Stanford White.
The house is currently undergoing renovation and will be used
as private residences.  The current owners are making extraordinary
efforts to preserve the historical and artistic significance of the building.