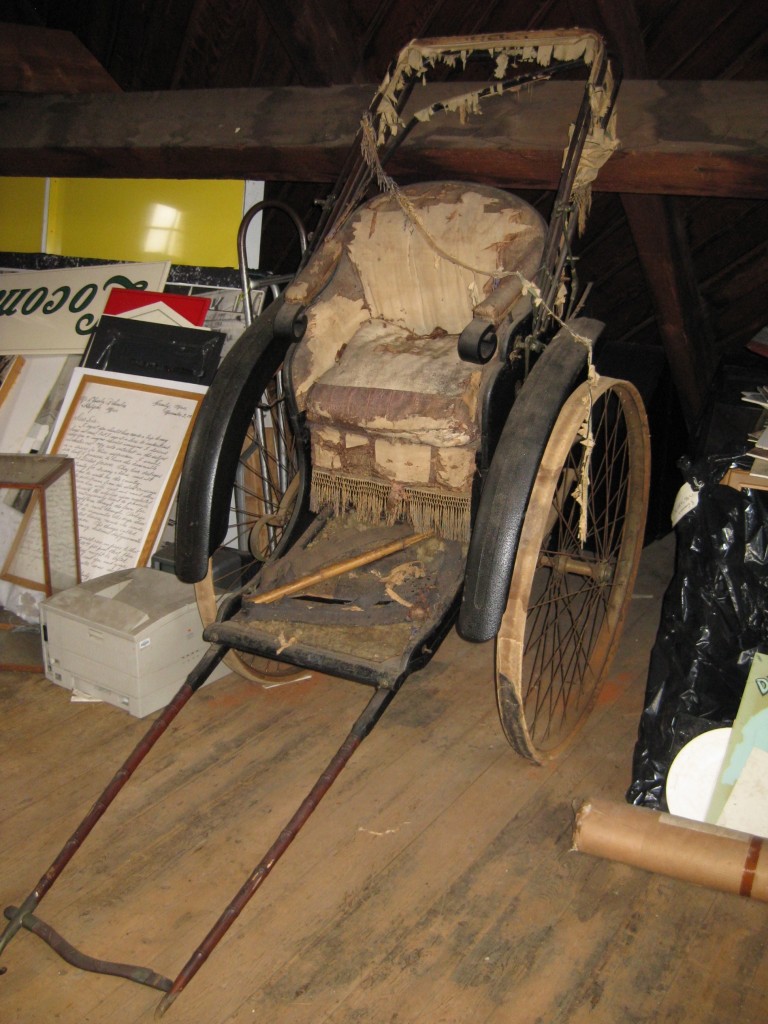 I have ordered a jinrikisha (one of the two-wheeled man-pulled carriages – often called the Pullman carriage of Japan) for Isabel, as it is much more fun traveling in them than in any other kind of vehicle, for one sees everything that is going on and doesn’t go too fast, and we can bring it Home as a trophy for the Stable.

Calling the jinrikisha a “pullman” was play-on-words. In the Gilded Age, Pullman train cars were the best-built and most luxurious in the world. Larz preferred to travel in a Pullman car above all others.  A jinrikisha needs to be pulled by a man.  Pull – man. Get it?  Such was Larz’s humor.

The 人力車 indeed ended up in the Anderson stable in Brookline, where it is currently in storage.